Snap Inc.’s co-founders got richer by billions of dollars in just a few hours, after the company reported better-than-expected results as the Coronavirus pandemic boosted usage of its app.

Shares soared as much as 25% to $35.57 in late New York trading Tuesday after the owner of the popular Snapchat mobile app said sales jumped 52% to $678.7 million in the third quarter, with 249 million daily active users.

The gains lifted the fortunes of Snap’s co-founders, Evan Spiegel and Bobby Murphy, by $1.3 billion and $1.4 billion, respectively, taking them to $6.9 billion and $7.2 billion, according to the Bloomberg Billionaires Index. 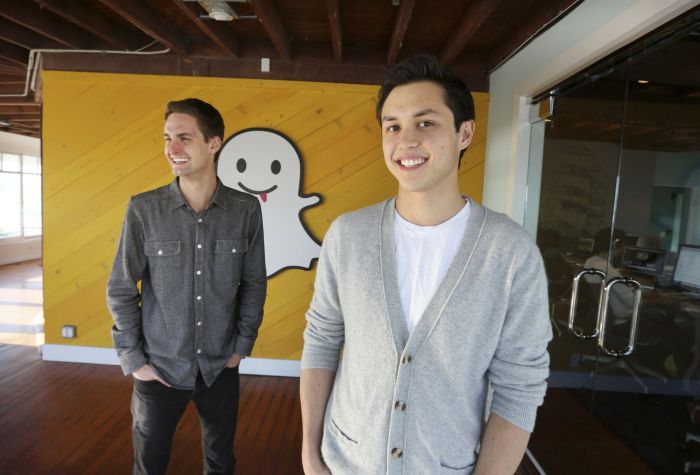 Spiegel has pocketed over $200 million from Snap stock sales during 2020, benefiting from the record prices. The sales were made between January and September as part of a trading plan adopted by Spiegel, according to SEC filings. Snap shares have climbed 74% this year.

Wealth accumulation in the tech world has been eye-popping during the pandemic as the shift of everything from work, shopping, schooling and entertainment online has boosted demand for digital services. Zoom Video Communication Inc.’s Eric Yuan added $6.6 billion to his net worth in just one day last month, and Amazon.com Inc.’s Jeff Bezos, the world’s richest person, saw his fortune swell by $75 billion in 2020 to $190 billion.

TRENDING:  [A MUST READ] Advantages And Disadvantages Of Electric Car In Nigeria – All You Need To Know

Snap, whose Snapchat is used to send photos and videos that disappear within seconds, said its net loss narrowed to $200 million, or 14 cents a share.

The company posted profit of 1 cent a share excluding some costs, beating the 5 cent loss that analysts predicted. If the positive advertising trends continue, fourth-quarter revenue may jump 47% to 50% from the same period last year, Snap added.

The post Snapchat Founders Become US$2.7 Billion Richer In Just A Few Hours (See How They Did It) appeared first on Naijaloaded | Nigeria's Most Visited Music & Entertainment Website.

WE WANT TO KNOW!! No Single Bet9ja or Nairabet Shop Was Looted – What Could Be The Reason?