Nigerians have reacted to the viral video of Mompha embracing influencer Adeherself after he visited her at her home earlier today.

The viral video has become a growing sensation after it was first shared on social media space. Watch video;

Recall that Adeherself, who is a social media influencer, has been locked up at EFCC custody since July 7 for alleged possession of fraudulent documents. She finally regained her freedom on July 24 after meeting her bail terms.

Mompha who has also been a guest at the EFCC holding cell, went to pay Adeherself a visit and shared the video on his Instatories.

Nigerians are all over social media reacting to the visit. See the various reactions below. 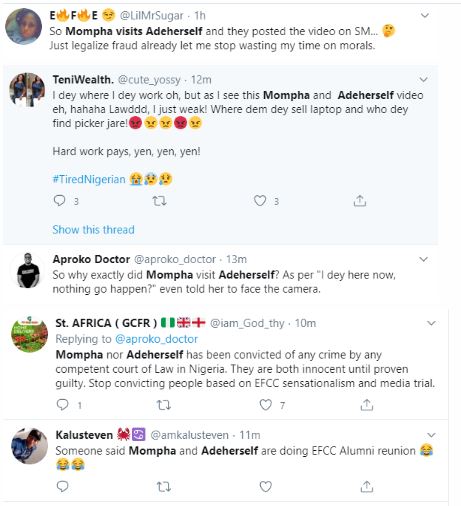 THIS IS WICKEDNESS!! Disturbing Photos Of A 7-year-old Boy Who Was Gruesomely Beaten By His Stepfather

MUSIC LOVERS! A Dj Needs 10 Songs To Turn Up A “Owanbe” Party (Kindly Recommend For Him)