Nigerian music act Don Jazzy has trolled BBNaija housemates Brighto and Tolanibaj as he reacts to their conversation and action in the house.

Brighto has been described as one who doesn’t talk but when is set to do so says things out of the box which isn’t expected from him.

TRENDING:  What Are The Impact Of Apapa Gridlock On The Economy?

Don Jazzy using that has trolled him by saying his advice to colleague Tolanibaj is going overboard as it appears he likes her but pretends not to.

He posted on his twitter handle demonstrating Tolanibaj’s reaction when Brighto approaches insinuating that she’s not even listening to him. 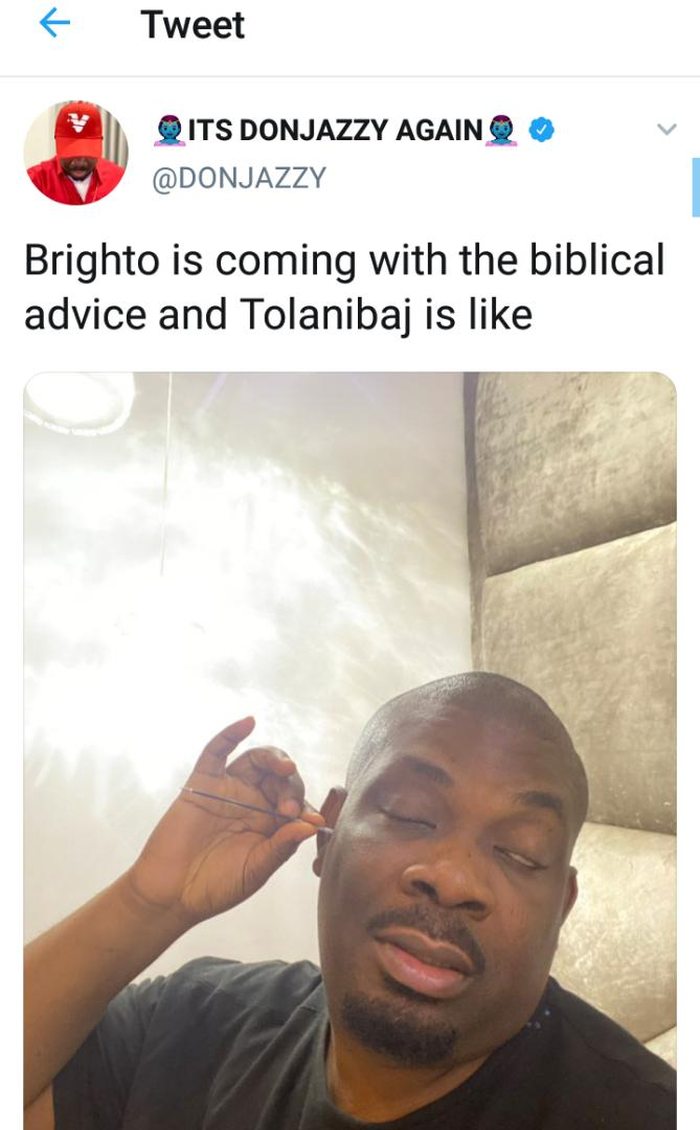 BBNaija: “Even If Kiddwaya Wasn’t In The Picture, I Would Still Not Date Laycon” – Erica