This is because of the way the BBNaija housemate has entertained viewers.

BrightO has not tried to get into a relationship with any of the female housemates. Rather, he is being friendly towards them.

Brighto has quickly established himself as a platonic friend to the female housemates. The male housemates also go to him for advice.

BrightO has made himself the shoulder to cry on in the house. This is why Praiz thinks he deserves to stay till the grand finale of the show. 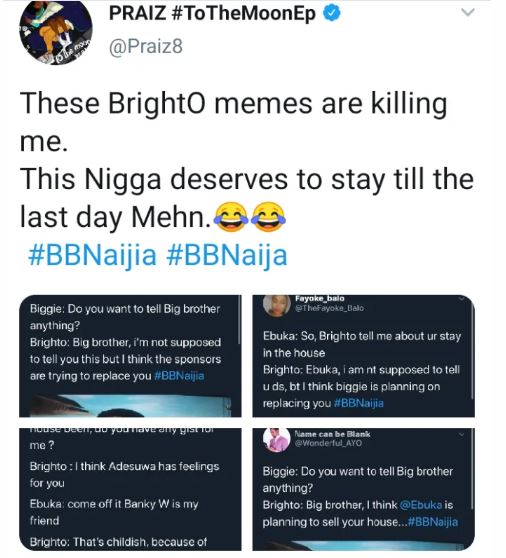 The post Do You Agree?? BBNaija: ‘Brighto Deserves To Stay Till The End’ – Singer Praiz appeared first on Naijaloaded | Nigeria's Most Visited Music & Entertainment Website.

Tell Us Something A Nigerian Lecturer Once Said…. (Best Quote Wins)