Governor Nasir El-Rufai’s sons, Bashir and Bello took a swipe at former Vice President Atiku Abubakar after one of his sons, Mustapha dropped a shade for their father.

Atiku’s son, Mustapha who reacted to a report of El-Rufai advising parents to teach their children how to respect women from childhood to curb rape, described the Kaduna Governor’s comment as an “irony”. 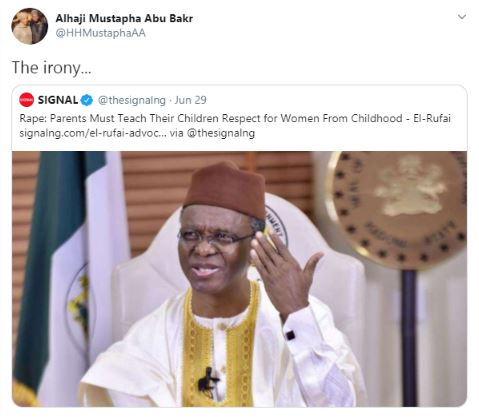 Bello El-Rufai on the other hand wrote; 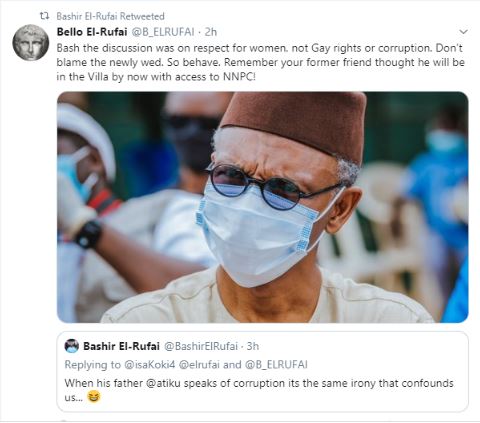 Bello further described the former Presidential candidate of the Peoples Democratic Party (PDP) as “Adamawa Bobrisky” in an exchange with his brother. 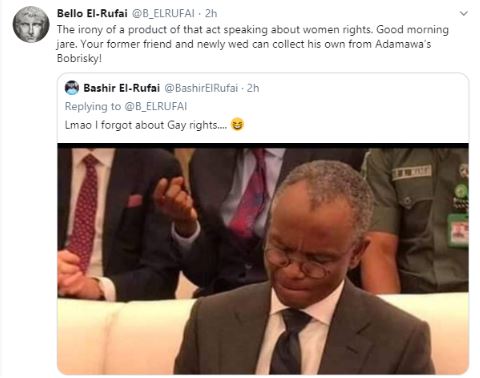